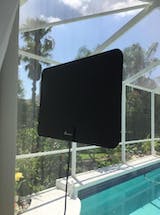 We recently moved from central PA to the southwest Florida area. In PA, we had a basic cable/Internet connection with an expensive and pathetic number of channels provided. Briefly, we had a few major stations, with the rest mostly religious, shopping, or required local access, for a total of 22. Mostly we just viewed the major stations, which we could also pick up via OTA. The reason we never just went with OTA was due to the cable franchise, as with other areas, having a strangle hold on everything, so they can do what they want and charge what they want. Once we contacted them and inquired about dropping the cable and just using them for the Internet. The cable company told us it was a "bundled package", and if we dropped the cable and only used them for Internet, they would charge us MORE than we were currently paying for both, as we no longer would have their wonderful "bundled package" ! Now that we are in Florida, I did not want to repeat the same mistake of having an Internet provider's "bundled package". I was also told by a friend here the cable provider has just pushed a large cable increase onto their customers...imagine that. As I said before, I had tried a OTA in PA. It is a fairly expensive flat antenna stating with a "W". I connected it to our TV, now in Florida, and was please at the number of channels we can now receive without being under the cable company's thumb. I wanted to setup a second TV, so started to look for another antenna. 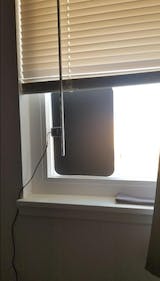 We recently got rid of our cable. We decided to get an antenna to get our favorite local channels so we can still watch our local tv. This antenna is SO EASY to set up and use. It took 7 minutes to scan channels and the instructions are very clear and easy to understand. It took me less than 12 minutes TOTAL and we had crystal clear local channels. 38 of them and some of them are cable channels! LolWe bought another one for our downstairs tv too. Great product! Easy to install. And VERY affordable. Will recommend to anyone who wants to the cut the cord! 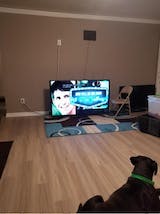 Works great, lightweight, easy to hook up, I got 50 channels, but most importantly I got all the big networks. There is also a lot of good content on some of the other local broadcasts and then there are a lot that I will be deleting but overall there is more free over the air content than expected, I'm going to try one in my RV to see what happens. I couldnt get to a window so I put it on the wall above my TV and got 2big networks in 1080i and 1 in 720i which still looks good 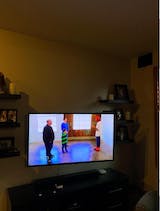 Yes this thing dose work. IT IS NOT A SCAM. Those with one star, it is due to your location. At first I place it near the tv flat, got only 20 chanels. Then I place it see picture above my tv right by ( cough cough comecast's internet cable box on the outside) and I got 27, you can see in my pictures. Also my 75 inch flat screen HDTV 4k ( it comes to at 1080 the channels ) my tv was the sony flag ship it might have upscaled it for the thing. Either way IT WORKS, 1 stars , it is YOU. I don't even bother posting pictures on other reviews but this one, I feel the product is wronged by those who live in weird areas or didn't set up right. As you can see from quality it is great, on a 75 inch tv. It should be amazing on your smaller tv, it could just be your tv you know lol... My tv also come with those chanel guides see pic for reference. It has fox, local news, pbs, mbc, cw and few other chanels. It is good enough for me since I have generu prime, hulu, netflix, curnchyroll, and dramafever sub. STILL CHEAPER THAN CABLE WOT WOT.

Your Cart
Your Cart Is Currently Empty
We found, everything you need to support healthy oral care habits for life.
30 Day Money Back Guarantee
Are you sure?
Are you sure?